Spanning multiple genres and languages, Clara has showcased her talents in a diverse and eclectic body of work. 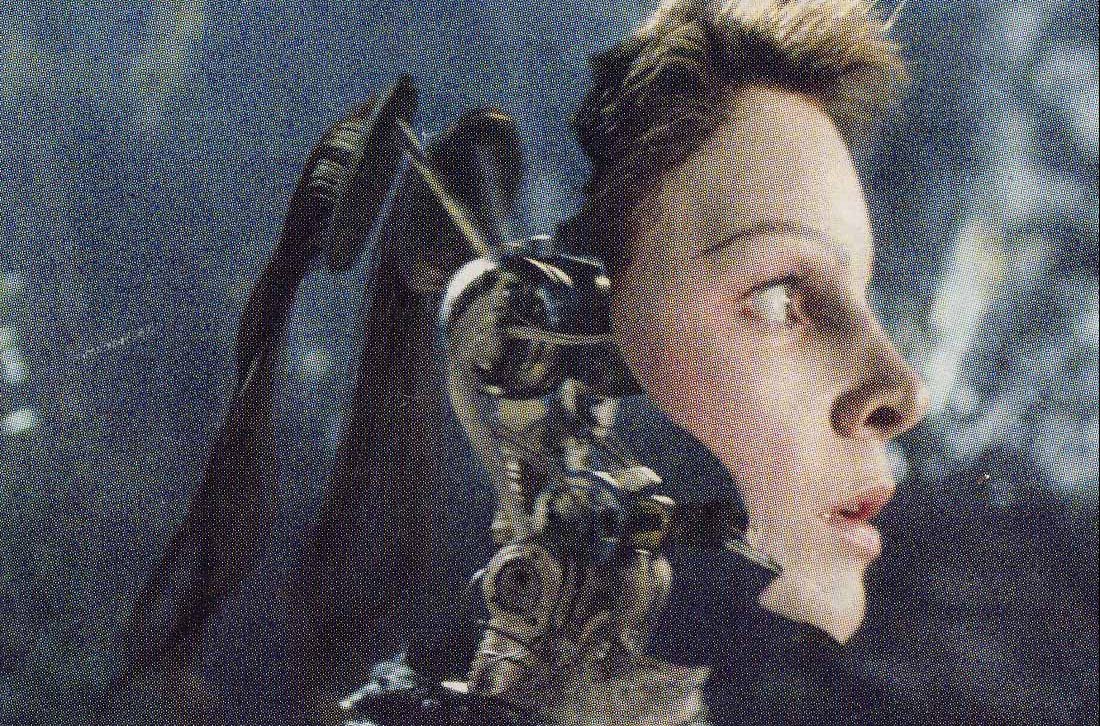 “There’s even a Mary Poppins type, a marvelous Clara Bellar as a machine who truly loves the little lad and who smiles at him as acid is poured over her.”
– Joe Viglione – THE BLACKLISTED JOURNALIST

CRITIC’S PICK “A work of brilliant artifice and profound intelligence. Mr. Spielberg accomplishes the improbable feat of melding Kubrick’s chilly, analytical style with his own warmer, needier sensibility, and the result is an exquisitely layered, complex movie – the riskiest, most ambiguous, most intellectually challenging fairy tale the director has made to date.”
– A. O. Scott – THE NEW YORK TIMES

“All this is heady, enormously stimulating stuff, the sort of thing one is no longer accustomed to confronting in mainstream Hollywood entertainment. What a general audience will confront is an unusually ambitious sci-fi film that touches upon such matters as what it means to be a human being, the definition of family and the notion of creation both in scientific and religious terms. Viewers gagging on the glut of cinematic junk food should welcome this brilliantly made visionary work bursting with provocative ideas.”
– Todd McCarthy – DAILY VARIETY – June 13, 2001

''Dominion: Prequel to the Exorcist'' Directed by Paul Schrader

“Dominion: Prequel to the Exorcist”

Father Lankester Merrin, traumatized by the horrors of Second World War, looses faith. Facing the demon in Africa, he must fight to safeguard his beliefs.

“Schrader’s intelligent, quietly subversive pic emphasizes spiritual agony over horror ecstasy, while paying occasional lip-service to the need for scares. Performances are good to excellent. On the distaff side, Bellar has a smaller but more complex part than Izabella Scorupco did in the Harlin movie, and makes more of it.” “As a drama about faith, infused with metaphor and doubt, film achieves moments of real cinematic poetry.”
– Leslie Felperin – DAILY VARIETY – March 2005

“Merrin is attracted to a beautiful young medic Rachel (Clara Bellar).” “A far richer affair than its troubled production history might suggest. An intriguing piece of work in its own right, it surely deserves its belated chance to try to reach an audience.”
SCREEN DAILY – March 2005

“While I have nothing against the supporting actors in the Harlin version, they were horribly miscast. I never believed for one nano second that Scorupco, looking like a runway model on a dirt catwalk, was a medical professional administering to the destitute natives. On the other hand, Clara Bellar as the Holocaust-surviving doctor haunted by her past and trying to make something worthy of what’s left of her life, is totally believable, and there is no incongruous sexual attraction between her and Merrin thrown in here, thank goodness.”
– Staci Layne Wilson – HORROR.COM – May 19, 2005

“In Schrader’s film, she is portrayed by Clara Bellar, a European actress who has worked with the likes of Eric Rohmer and is convincing as a woman dealing with the shameful memories of the lengths that she went to in order to save her skin during the war. In HarlinÕs version, the character is now played by sexbomb Izabella Scorupco, a former Bond Girl whose strikes an improbably glamorous figure in the middle of the desert and whose concerns about saving her skin seem to extend only to the late-night showers that she indulges in for no other apparent reason than to give the audience an eyeful.”
– Peter Sobczynski – EFILMCRITIC.COM – May, 21, 2005

“A milestone in movie history. Not a “director’s cut” but a different director and a different film. It’s a strong, true and intelligent film that kept me fascinated and fearful from beginning to end.”
– Roger Ebert – CHICAGO SUN-TIMES – May 19, 2005

” A remarkable film. It’s a haunting work, filled with richness and texture, going far beyond what is expected of a mere continuation of an established classic. This is a film that plays on in your mind long after the credits have stopped rolling.”
– Erik Kristopher Myers – BLOODY NEWS – March 2005

''Rendezvous in Paris'' Written and Directed by Eric Rohmer

A hugely entertaining and absorbing trilogy of short stories each of which explores the misunderstandings and mis-conceptions that often dog twenty-something love affairs.

With a fine cast of exceptional young actors each story unfolds perfectly. In all three parts, Paris is more than just the backdrop.

Rohmer shoots it lovingly, often with a 16mm hand-held camera and the city positively participates in the film, almost as an extra star.

“Clara Bellar is one of these young women whose sweet beauty is uncommonly pleasant to the eye, whom the camera purely loves and who is an accomplished actor at a very young age.”
– Jeff Millar – HOUSTON CHRONICLE – November 26, 1996

“Of all the actresses who’ve graced Eric Rohmer’s movie fables over the decades, none so perfectly espouses the classically furrow-browed Rohmerian beauty as Clara Bellar, a star of this month’s lovely, cinema verité-ish Rendezvous in Paris.” “She is both beguiled and beguiling in the role.”
– Graham Fuller – INTERVIEW MAGAZINE – August 1996 (Click here to read full article) 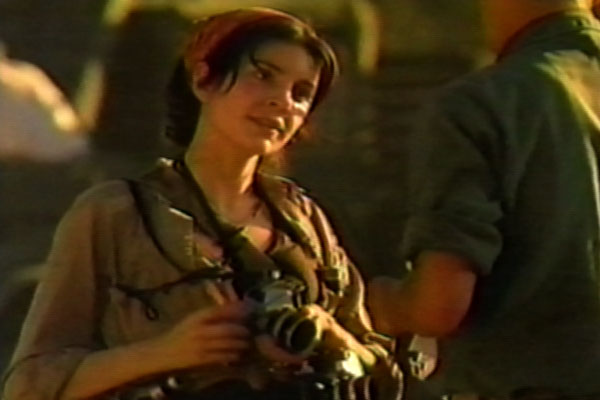 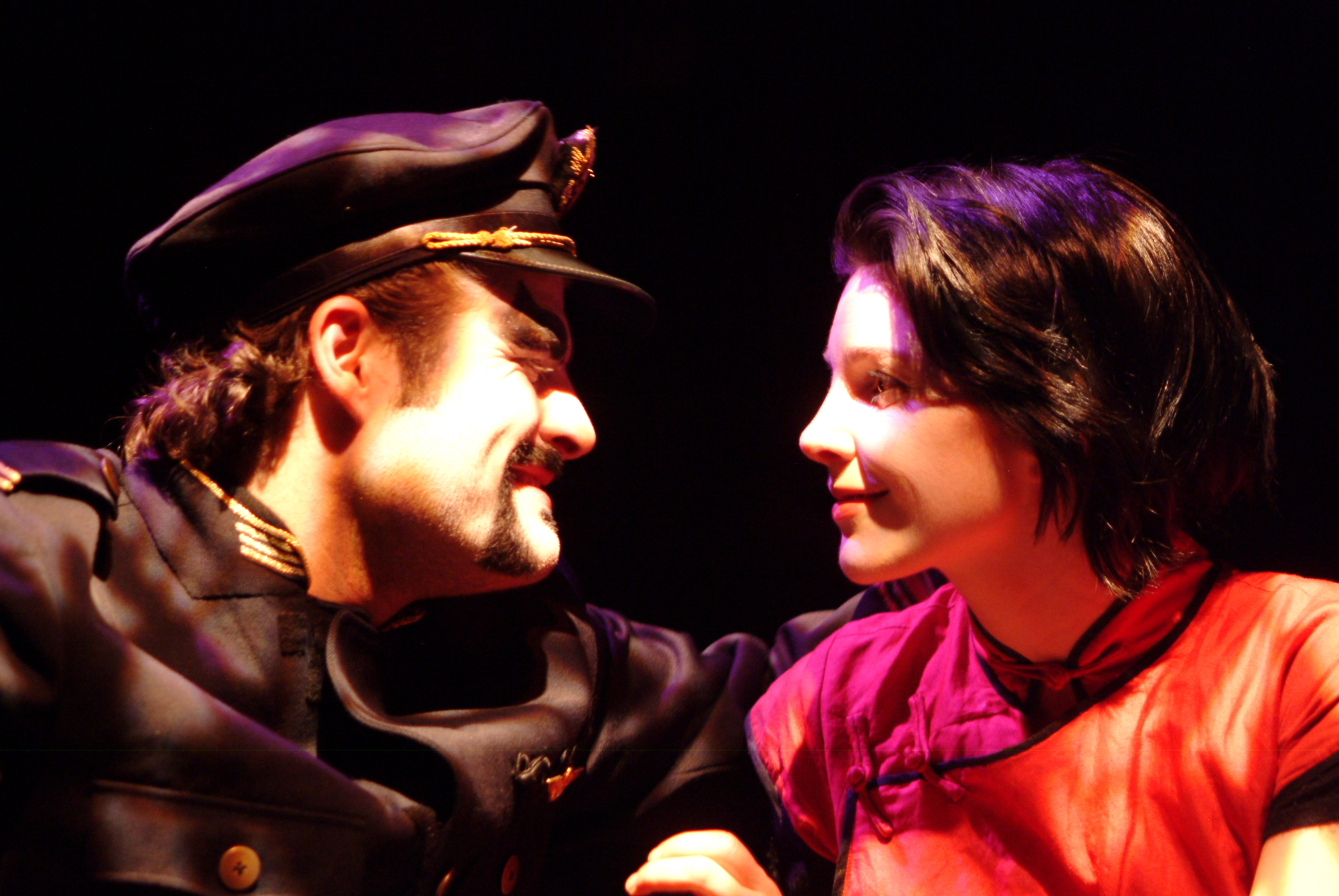